The Canadian Human Rights Commission (CHRC) has chosen the image below to present its 2018 Annual Report to Parliament. This image is revolting on several levels. 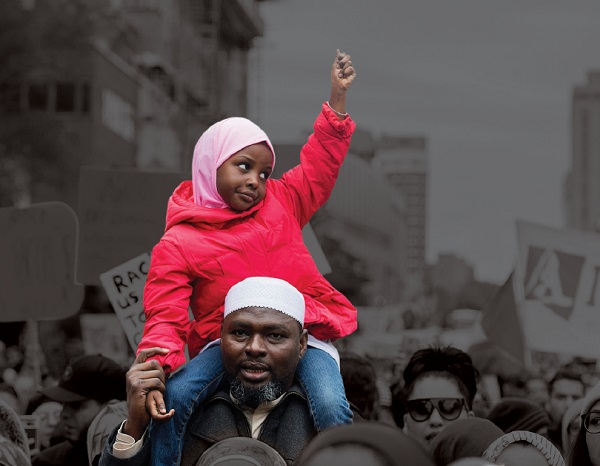 Image used by the CHRC to illustrate its slogan “Speak Out.”

By choosing this image to illustrate the theme of human rights, the CHRC shows a degree of negligence which is inexcusable. The image sends a message which is completely incompatible with human rights, for several reasons:

The CHRC is an agency of federal parliament whose mission is to monitor and protect human rights. And yet, it has endorsed a retrograde symbol of political Islam and at the same time endorsed child abuse of young girls in fundamentalist Muslim families. Their choice of photo is entirely unacceptable. I agree completely with Djemila Benhabib who recently made the following declaration on social media:

Shame on the Canadian Human Rights Commission @CdnHumanRights which illustrates its 2018 Report with the photo of a small girl wearing a veil, with her fist raised. This is terribly shocking and repugnant. You thus legitimize the exploitation of children by political Islam. This scenario is even more scandalous given that the photo was taken at an anti-CAQ, anti-secular demonstration in the streets of Montreal organized by Islamists among others.

Next blog: Children’s Rights Before Teachers’