Some thoughts on the current controversy surrounding the dubious concept of “cultural appropriation” which has led to the unfortunate and dangerous cancellation of two apparently excellent theatre productions.

Ever since protesters attacked the play SLĀV and accused it of “cultural appropriation,” the debate has been raging. The concept of cultural appropriation is extremely dubious. It is easy to parody it using arguments of the reductio ad absurdum type. If appropriating from or imitating other cultures were forbidden, then: 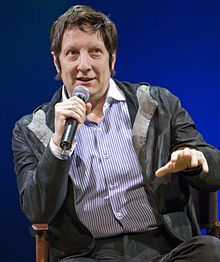 Furthermore, here is a very real example: Shakespeare’s Coriolanus is currently playing at the Stratford Festival in southern Ontario, directed by none other than Robert Lepage himself. In the Stratford production, the principal role of Caius Martius Coriolanus, a military leader and politician in ancient Rome, is played by a black man. I have not heard of any protests against this case of “appropriation.” The irony is overwhelming.

the expression “cultural appropriation” is just a pejorative way of describing something which is, on the contrary, very positive: openness to other cultures, i.e. cultural exchange and mutual cultural enrichment.

There is no limit to the number of absurdities that a taboo against cultural appropriation would imply. In fact, the expression “cultural appropriation” is just a pejorative way of describing something which is, on the contrary, very positive: openness to other cultures, i.e. cultural exchange and mutual cultural enrichment. It should be encouraged, not discouraged. In the case of theatre, Robert Lepage expresses this very well:

As Lepage says, the very purpose of theatre is put oneself into someone else’s skin for the brief period of a performance, to borrow their looks, voice, accent and even gender, to play at being a person other than oneself, in an effort to understand that other person, and perhaps, in the process, to understand oneself better as well. A similar sentiment was expressed by the famed Argentine Canadian writer Alberto Manguel in a letter to the newspaper Le Devoir:

Manguel concludes that if we required that only victims speak for themselves, that no-one else is ever allowed to borrow their voice for the purposes of an artistic performance, then art would be reduced to autobiography and victimhood would become a permanent status with no hope of liberation. It would also strengthen right-wing ideologues who favour the ghettoization of various groups.

Yes, there are cases where such borrowing is done in way which denigrates or misrepresents the culture from which the borrowing is done, in which case the expression “cultural misappropriation” would be far more appropriate. An example that comes to mind is a major sports team which uses a caricature of a Native American as its logo, a caricature which conveys a negative racial stereotype. However, this was certainly not the case for the play SLĀV. Nor was it true for the play Kanata which came under scrutiny for similar reasons shortly after the first play. I have not seen either production—and unfortunately it will be difficult or impossible for me to do so since both have been cancelled—but, by all reports, both cases, both plays are high quality productions which treat their subject matter with seriousness, respect and indeed empathy.

The real guilty party here is the FIJM (Festival international de jazz de Montréal). The fact that Jazz Festival cancelled SLĀV after very few performances was a dangerous act of cowardice, capitulating to a small but very vocal number of moralistic “antiracist” protesters who spoke as if they represented all the slaves of the American south and all of their descendants. In fact, the play did not deal exclusively with black American slaves: its subject was slavery in general, including those in several other countries and eras, and slaves of various races. Furthermore, black people in Quebec, unlike those in the USA, are for the most part not descendants of slaves in the American South. Slavery in New France and Quebec was a very marginal phenomenon, very few in number, and most being native persons, not of African origin. There is simply no comparison to the history of slavery in the USA.

Who Are the Real Racists?

It must be recognized that the so-called “antiracist” movement has been largely infected by postmodernism which, when taken to an extreme, amounts to denial of objective reality or common values accessible to all and promotes extreme identity politics, isolating groups from each other. This seems to be particularly the case for those who protested the play SLĀV outside the Théâtre du Nouveau Monde (TNM), but less so for those who criticized Kanata. The demonstration outside the TNM was basically a form of bullying, benefiting no-one and nothing other than the egos of the demonstrators, a form of intimidation which unfortunately worked when the FIJM capitulated to it and cancelled the play.

The most radical “antiracist” elements are apparently based in universities such as Concordia and UQAM. Judging from a recent article Through the Looking Glass at Concordia University by graduate student Terry Newman, Concordia has become a cesspool of radical postmodernism, populated by fanatics and those afraid to stand up to them.

Montreal “antiracists” […] ignore or deny the very real cultural differences between Québécois and Americans, simply lumping the former into a general disparaged category of “whites.”

Paradoxically, the “antiracist” movement has itself become, in a very real way, racist, because it erects barriers between groups based on old 19th century concepts of race such as “white,” “black,” etc., and would make it taboo to cross those barriers. Furthermore, in the Quebec context, the Montreal “antiracists” are even worse because they ignore or deny the very real cultural differences between Québécois and Americans, simply lumping the former into a general disparaged category of “whites.” Ironically, this itself is a form of cultural misappropriation, i.e. a misrepresentation of Quebec culture. It is also an example of the homogenisation of culture which results from naïve globalisation, applying American standards and mores to all other countries and cultures, as if the differences were of no importance or relevance. To put it bluntly, the Montreal “antiracist” movement displays anti-Québécois racism (in the wider sense of ethnic chauvinism as explained in a previous blog).

Furthermore, self-styled antiracists—and this is especially true here in Quebec—often conflate race (innate, immutable) and religion (an opinion which can easily change), foolishly accusing critics of religion of “racism.” Whether they do this out of ignorance or dishonesty is not always clear. At any rate, anyone who fails to distinguish between race and religion is incompetent to deal with either.

the modern “antiracist” movement, ideologically corrupted by postmodernism, racism and a pro-religious bias, has largely discredited itself.

Thus, the modern “antiracist” movement, ideologically corrupted by postmodernism, racism and a pro-religious bias, has largely discredited itself. Its demands should therefore be met with a great deal of scepticism, if not rejected outright. Having said that, I think that criticism of the play Kanata had some validity (unlike the specious protests against SLĀV), but, even in that case, cancellation of the production was not justified.

The taboo against cultural appropriation is an American disease, just as radical multiculturalism is a Canadian disease. The two are closely related. Both are based on identity politics, hence an obsession with group identification, usually minority groups. On that note, I leave the final word to Philip Theofanos, author of the article Cultural Appropriation ‘Outrage’ Strikes Again – Musical Play ‘SLAV’ Suffers:

Next blog: Banning Face-Coverings is Both Necessary and Beneficial

4 thoughts on “In Praise of Cultural Appropriation”