In English This blog is available in English translation: The Necessity of Quebec Bill 21

Summary in English The wearing of religious symbols by civil servants and teachers on duty is a form of unacceptable religious advertising and an undeserved privilege granted to believers. See the English version of this blog, Passive Proselytism.

Summary in English My response to an article by Madeleine Pilote-Côté, entitled Quand le désaccord suscite la haine (When Disagreement Gives Rise to Hatred), published in the Journal de Montréal on 29th June 2020. Pilote-Côté objects to the fact that Émile Bilodeau, a singer who participated in the recent broadcast of Quebec’s Fête nationale, was criticized for wearing an anti-Bill-21 lapel pin during the show. 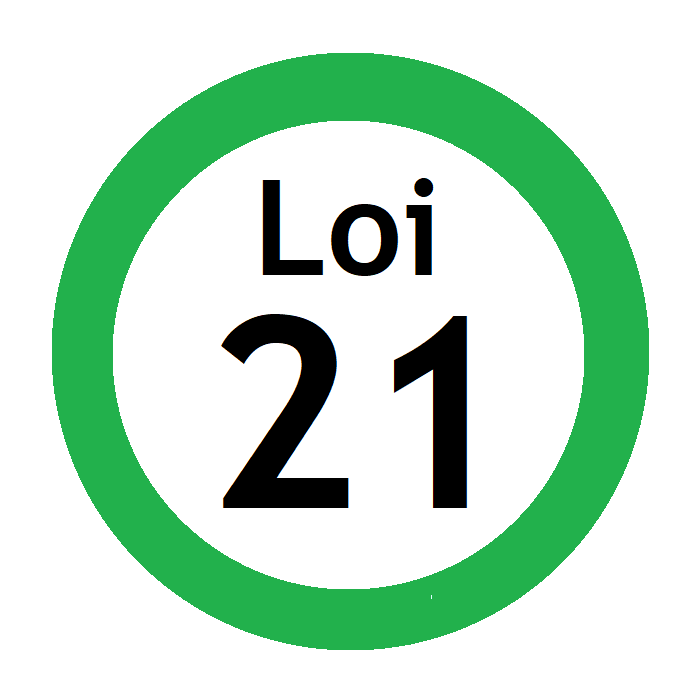 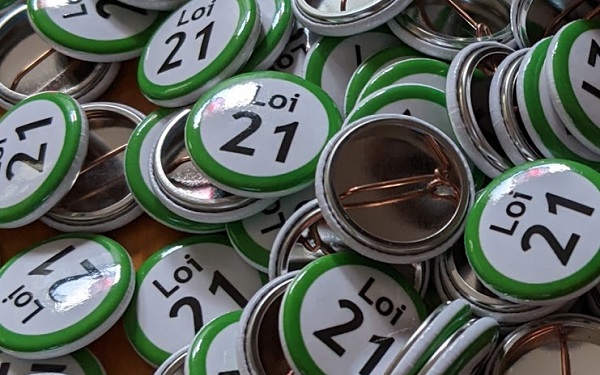 English This blogue is also available in English under the title: Quebec Court of Appeal Ruling, 2019-12-12.

Follies of the Religious “Left”

A quick look at how the Ontario NDP has pandered to various religions over the years.

The Ontario New Democratic Party (ONDP), just like other branches of the ostensibly left-of-centre NDP, has always had a pro-religious bias. Back in 1985 under the Conservative government of Bill Davis, and well before the ONDP came to power in that province in 1990, the ONDP fully supported the extension of public funding to the parallel Catholic school system to 100%.

Some two decades later, it was NDPer and former attorney-general Marion Boyd who in December 2004 proposed including Muslim sharia law in arbitration of family law and inheritance. Fortunately, a widely based opposition, including even the French FNLP (Fédération nationale de la libre pensée), succeeded in convincing the Ontario government to reject this idea and, further, to remove recognition of other religious traditions. This prompted the Quebec National Assembly to adopt unanimously, on 26th May 2005, a motion opposing the implementation of Islamic courts in Quebec and in Canada:

The motion, put forward by then-MNA Fatima Houda-Pepin, only one short sentence in length, does not mention any other province explicitly nor target any specific legislation.

Fast-forward to 2019. English Canada, or what is commonly referred to as RoC (outside Quebec) is rocked by an hysterical and irrational wave of anti-Quebec sentiment, motivated by a wanton misreading of Quebec’s new Bill 21 which (partially) implements secularism in that province. Unsurprisingly, the Ontario NDP has jumped on the bandwagon, even driving it. On 25th November, Andrea Horwath, ONDP MPP and Leader of the Official Opposition, proposed the following rather verbose motion, which was adopted unanimously by the legislature:

Whereas all people who wear religious symbols, including turbans, hijabs, kippahs, crucifixes and other articles of clothing that represent expressions of their faith, are welcome to serve the Ontario public; and

Whereas discrimination based on religion is prohibited by Canada’s Charter of Rights and Freedoms; and

Whereas Quebec passed legislation, Bill 21, that prohibits the wearing of religious symbols and violates the Charter of Rights and Freedoms; and

Whereas national civil rights groups including the Canadian Civil Liberties Association, the National Council of Canadian Muslims, B’nai Brith Canada, the World Sikh Organization, the Canadian Bar Association, Amnesty International, and the Centre for Israel and Jewish Affairs have all opposed Bill 21; and

Whereas municipalities across Ontario including Mississauga, Brampton, the Peel regional council and Toronto have already passed motions condemning the legislation;

Therefore the Legislative Assembly calls on the government of Ontario to communicate its opposition to Bill 21 by formally requesting the Quebec government immediately repeal Bill 21 and by intervening in any Supreme Court challenge of Bill 21 that may be heard by the courts.

The organization Atheist Freethinkers has already responded to the above motion with a press release entitled “LPA-AFT denounces the hypocrisy and inconsistency of the Ontario legislature’s motion against Quebec Bill 21”. Suffice it to say here that Ms. Horwath’s motion indulges in gross exaggeration and misrepresentation of both the intent and scope of Bill 21, making assertions that have been refuted countless times already, both on this blog and elsewhere. Furthermore, it specifically targets legislation in another province and declares an intention to interfere with that province’s laws by means of a legal challenge. In addition, the motion expresses solidarity with some rather dubious organizations, in particular the National Council of Canadian Muslims.

But it gets worse. In her remarks made before the Ontario legislature in support of her motion, Ms. Horwath made a number of outrageous allegations. For example:

I believe that we in Ontario have to continue to stand up and speak out as Canadians against any form of discrimination, prejudice, racism and intolerance.…

No one should have to choose between their faith and their career. We all need to work together to fight Islamophobia, anti-Semitism and xenophobia wherever it happens and whenever and wherever we see it.

…stand up and call out these kinds of discriminatory pieces of legislation and other acts of discrimination, racism, xenophobia, Islamophobia, anti-Semitism and anti-Black racism.…

Ms. Horwath’s exaggerated statements vilify Quebec Bill 21, and indirectly the majority of Quebecers who support that very reasonable legislation, by associating it with discrimination and intolerance (Bill 21 is not discriminatory), by repeatedly evoking racism (Bill 21 has nothing to do with race), by using the nonsense term “Islamophobia” (which implies that criticizing a religion must be the result of a phobia, i.e. a mental illness). She and other participants in the debate on the motion also make liberal use of the fashionable buzzword “diversity” which is a form of virtue-signalling, so overused that it has lost much of its meaning. To use that word correctly, Bill 21 is secular legislation, and secularism is, among other things, a method of managing religious diversity, something of which the Ontario MPPs clearly have no understanding, or which they refuse to understand.

It does not stop there. You can, if you can stomach them, read the remarks of another ONDP MPP, Kevin Yarde, which are even more outrageous than those of Horwath. They basically amount to paranoia garnished with industrial quantities of whining about those poor religious victims “subjugate[d]” by “very barbaric” Bill 21.

The reality is that Bill 21 simply insists that State employees in position of authority be religiously neutral — in appearance, not just in their behaviour — while on the job. Why? In order to respect the freedom of conscience (which includes freedom of religion) of users of public services and students in public schools. This is eminently reasonable and helps protect freedoms, not threaten them. As I said in a talk at the Rationalist International conference in Cambridge, UK, last July:

Religion is, or should be, a private matter. When a religion practices exhibitionism, there is an obvious political purpose, a purpose which has no place in civic institutions.

When a public servant wears a religious symbol while on the job, they are saying that their religious affiliation is more important than their role as a representative of the State whose mandate is to serve the public. They are saying that their individual freedom of expression takes precedence over the freedom of conscience of the users and students whom they serve. This is backwards.

When the State bans the wearing of religious (or anti-religious) symbols by public servants while on the job, it is saying that it is committed to treating all citizens, all members of the public, equally and fairly, regardless of their religion or lack thereof. The State thus undertakes to respect the freedom of conscience of the users of public services and students in schools.

When a public servant refuses to comply with a ban on the wearing of religious symbols while on the job, they are saying that their religious practice is so fanatical, so fundamentalist, that they cannot even present a neutral facade when it is their duty to do so.

As for the Ontario NDP, they are guilty of abject clientelism. They have completely prostituted themselves to religious apologists, especially the most pious and fundamentalist, whose goal is to maintain and extend the considerable religious privileges which they already enjoy.

Abbreviations used in the above article:

Summary in English Quebec Bill 21 has won its first battle before the courts. Furthermore, the judge’s decision rejects the idea, dishonestly promoted by antisecularists, that Bill 21 somehow foments prejudices against religious minorities.

Next blog: Summary: The Islamist Veil

Today, 9th July 2019, that notorious crucifix on the wall of the legislative chamber of the National Assembly in Quebec City was finally withdrawn!

An Historic Date and a Great Victory! 16th June 2019 The National Assembly Adopts Bill 21 An Act respecting the laicity of the State Quebec Becomes a Secular State!

Summary in English The draft bill on secularism proposed by the current Quebec government should be extended to apply to medical personnel in hospitals. Andréa Richard explains why.

This blog is also available in English.

Prochain blogue : For Secularism in Hospitals