…and their dupes and allies in non-Muslim countries

This blog summarizes three major strategies employed by Islamists and their objective allies: (1) accusations of “Islamophobia”; (2) conflation of race and religion; and (3) defamation by association with the far-right.

All three of these strategies are variants of the same theme: slander, in varying degrees of intensity. Furthermore, all three are blithely deployed in the service of Islamism by non-Muslims who are duped by that ideology into becoming its unwitting allies.

Anyone who employs all three of the above strategies is an objective ally of political Islam. By “objective ally” I mean that, regardless of the person’s intentions (which are often difficult or impossible to judge), their words and/or actions objectively benefit the spread of Islamist ideology whether intentionally or not, whether they realize it or not. 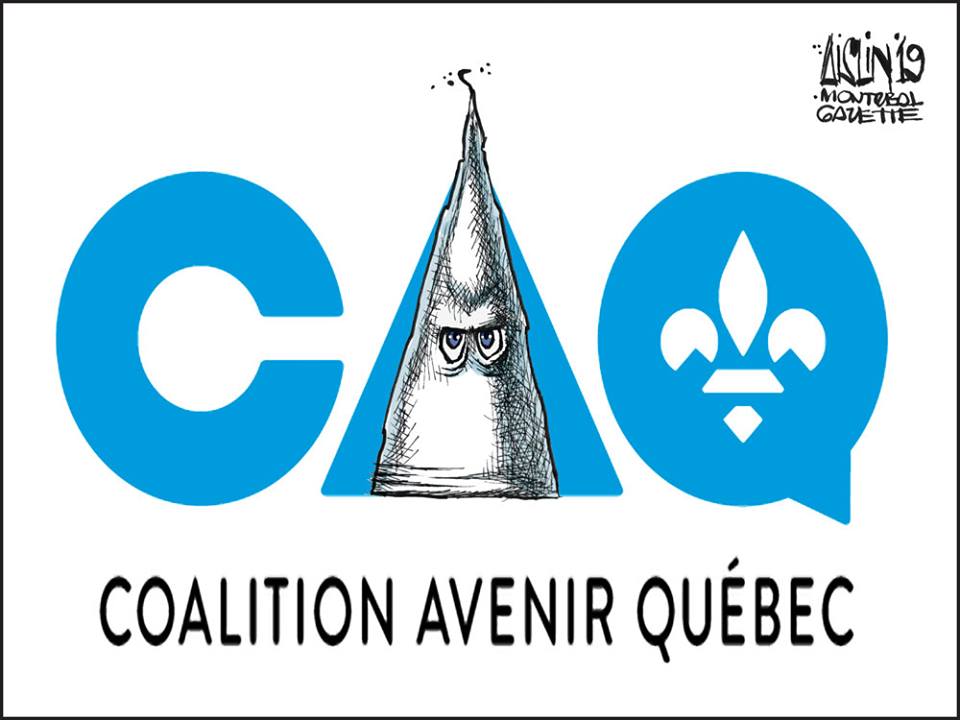 Only hours after putting the above blog on line, I received some news that illustrates all too graphically my point, in item 3 above, about slandering the CAQ by falsing associating it with the far-right. The cartoonist of the Montreal Gazette produced the caricature on the left. It is available on-line, on the cartoonist’s Facebook page. This image does not merely transmit a message which defames the CAQ. It is a major slur directed at all those who support the CAQ’s secularism measures, including the majority of Québécois. Although the Gazette decided not to run it—a wise decision, I think—I am publishing it here because it needs to be seen in order to expose the profound and virulent hatred for Québécois which underlies opposition to the CAQ’s very reasonable and laudable plans. This is the face of anti-Québécois racism, so prevalent in English-speaking Canada.

Next blog: An Open Letter to the Council of Canadians