@willwilkinson 2/2 The woke are anti-Enlightenment. They have destroyed the antiracist movement, turning it into a toxic neoracist nut cult. They undermine every progressive movement which they infest. They claim to defend minorities but in reality they exploit minorities to promote their cult.

@willwilkinson 1/2 The arrogance of the woke is exceeded only by their dishonesty. Critics of the woke come from everywhere on the political spectrum. The woke are NOT the political left. They have betrayed it by abandoning the very values, such as universalism, which define left-wing politics.

Glad to see you here on Twitter, Max! @Soft_Theocracy

Canada is not a banana republic. It is a banana monarchy.

Remembering the Islamist attack on Charlie Hebdo on January 7th 2015 and the evening of solidarity held in Montréal on January 26th at which Zineb El Rhazoui spoke.

Today, January 7th 2019, is the fourth anniversary of the horrific Islamist terrorist attack against the magazine Charlie Hebdo in Paris, France. About three weeks later, on January 26th, an evening of solidarity with Charlie Hebdo was held at the Lion d’or in Montréal. 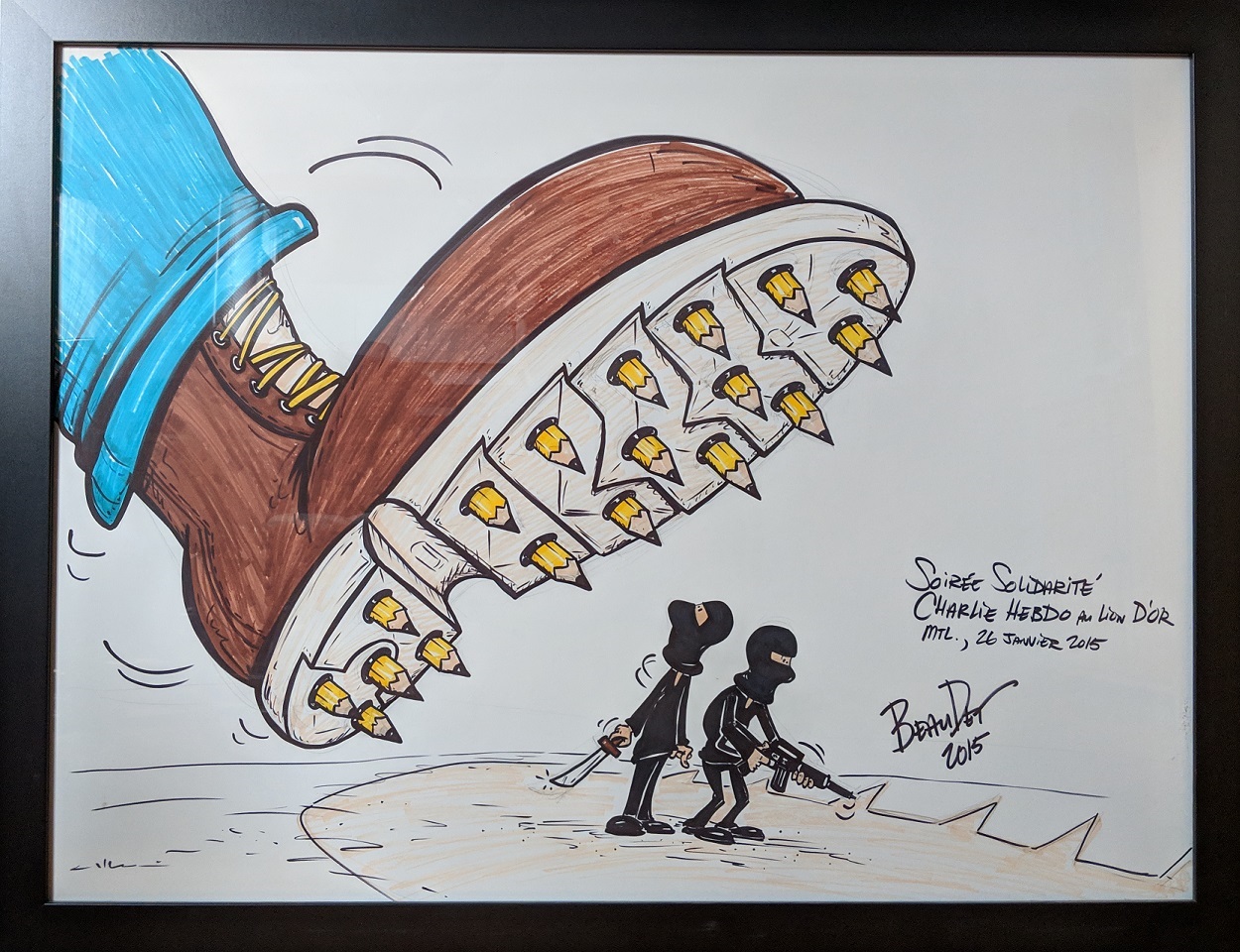 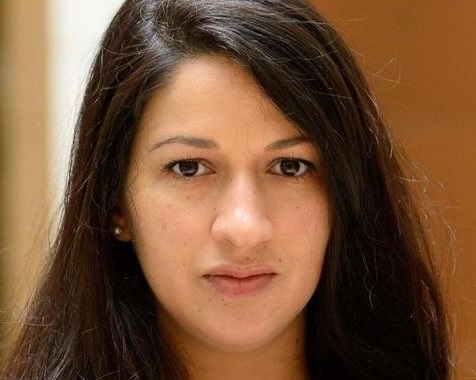 The most highly anticipated of the various speakers at the event was Zineb El Rhazoui, a French journalist working with Charlie Hebdo who survived the massacre as she was visiting her native Casablanca, Morocco at the time of the attack.

Zineb El Rhazoui is a courageous critic of Islamism and the target of death threats. Her most recent book is Détruire le fascisme islamique (Destroying Islamic Fascism). Here is a sampling of her views taken from an interview in Le Figaro (my translation):

“The concept of Islamophobia is an intellectual imposture based on a deliberate confusion between Islam as a dogma, Islam as a civilization, and Muslims considered ipso facto as a monolithic community and not as individuals. […] In Western democracies, Islamists, desperate to impose the idea that blasphemy is criminal, can only fall back upon the accusation of Islamophobia which they want to turn into a new type of racism. But since when is a faith a race?”

“Islamism is an imperialist ideology. It has an intrinsic vocation to spread because proselytism is a duty in Islam, including its most bellicose form: jihad.”

“Above all, we must dare to designate this ideology for what it is: a fascism.”

“It is essential to return to the written sources of religion in order to understand how much they are — like the writings of other monotheistic religions — a compendium of myths and barbarism.”

“If the Muslim race exists, then I belong to it.”

“The cultural differentialism advocated by some anti-racists is the antithesis of anti-racism. To accept a totalitarian ideology that represses women, homosexuals and otherness generally, as the legitimate expression of a cultural difference, is to deny to certain cultures the rights that one accepts for oneself. Human rights are not the prerogative of whites, they are made for everyone. Unfortunately, anti-racist differentialists have left Islamists with the monopoly of defining an entire culture.” 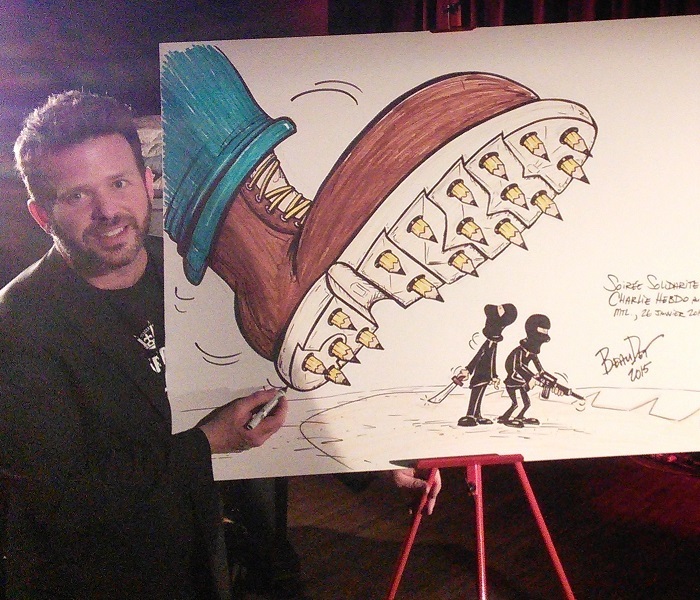 Click to enlarge
Cartoonist BeauDet at the Lion d’or

Also participating in the evening of solidarity was the caricaturist Beaudet, who drew the image shown above and to the right, while various speakers took the stage. At the end of the evening, a draw was held and the completed cartoon was awarded to the winner.

Next blog: Sinéad O’Connor: A Metaphor for the Degeneration of the Left